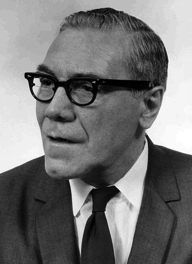 Percy (Shorty) Sheardown, a member of the ACBL Hall of Fame, was the first great Canadian bridge player, the greatest ever according to the late Ralph Cohen. He was a brilliant card player and became Canada’s first Life Master in 1948.

Sheardown won many titles including the Chicago Trophy (now the Resinger) in 1936 and 1951 and the Spingold Master Knockout Teams in 1964 and 1965.

Most of his wins in the ‘50s and ‘60s were in partnership with Bruce Elliott and their partnership was one of the best in North America during that period. Their team with Eric Murray and Sami Kehela ranks as the best Canadian foursome of all time. The foursome won the 1964 Spingold and successfully defended the title in 1965, becoming the only foursome todate to achieve such a feat.

Sheardown won the Fishbein Trophy as the top performer in the 1964 Summer Nationals, winning the Spingold and finishing second in the Life Master Pairs with Elliott.

Shorty was a superb declarer and defender and unquestionably one of the greatest matchpoint and board-a-match players of his generation. His masterful abilities were recognized by the experts of the day, including occasional partners Ely Culbertson and Waldemar von Zedtwitz.

He represented Canada twice in the World Team Olympiad, winning a bronze medal in Deauville, France in 1968.

Sheardown was a graduate in classics from the University of Toronto with a natural affinity for languages. He served overseas in World War II and, declining a commission, became one of the top interrogators of prisoners of war.

Stationed in London, he continued his bridge partnership with the late Brigadier Donald Farquharson at Crockford’s. It was an odd spectacle for the English to see a lowly NCO explain to the brigadier how the superior officer had erred.

The Sheardown–Farquharson partnership was so effective that complaints of cheating at Crockford’s rained down upon them. The complaints eventually died a natural death when other players realized that the pair had an extremely effective partnership and was honest beyond reproach.

Sheardown spent most of his life in Toronto as proprietor of the St. Clair Bridge Club, which was presented to him by its members upon his return from combat in World War II.