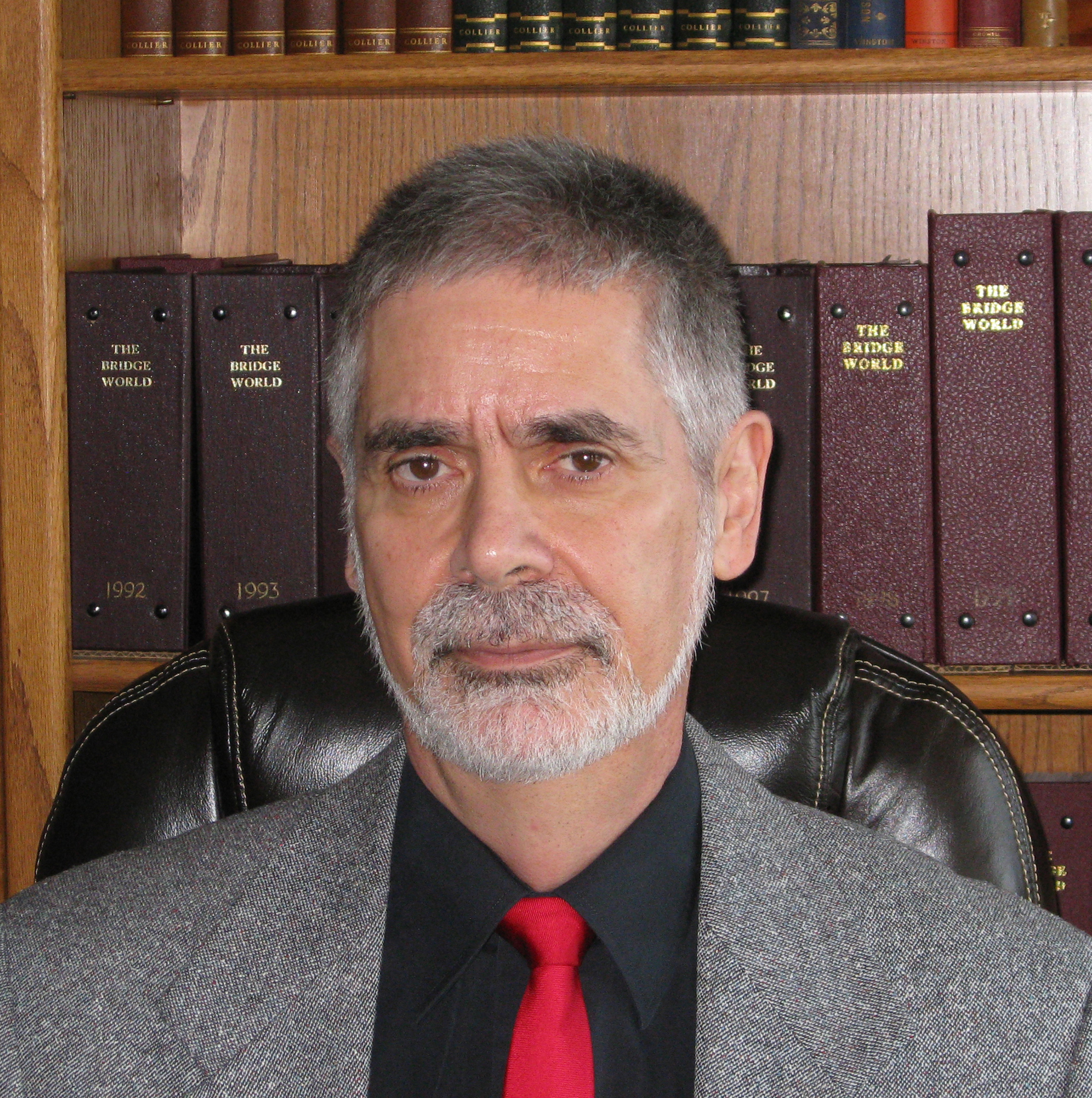 Nicholas is best known as the unpredictable half of a long and successful bridge and life partnership with his wife Judith, who was inducted into the CBF Hall of Fame at the same time as her husband.

Nicholas has acted in many administrative capacities including CBF President and non-playing captain of both Canada’s Open and Women’s teams. He has authored many bridge articles with his wife Judith as well as serving as co-editor of The Kibitzer, the Calgary Unit 390 newsletter, for more than 10 years. In 2017 he was a co-recipient, with Judith, of the Jack Murphy Memorial Trophy awarded for lifetime service to the Calgary bridge community.

The following hand from the 1996 CNTC was reported by Ted Horning in The Toronto Star:

In a very competitive auction between South and West, South won for the simple reason that hearts are higher ranking than diamonds. Sensible defence will defeat 4♦ so the issue was whether Nicholas could make 3♥.

The ♦Q opening lead was taken with dummy’s king. This isn’t quite a quiz, but I will let you ponder for a while. What do you think Nicholas did next? He made the only play that led to success. He played a low club from dummy and, after East followed with the deuce, inserted his five of clubs.

West must surely have the ♣A but there was also a reasonable chance that West had no more than two clubs. By playing the club suit this way, Nicholas was able to lose the expected two club tricks, but in a fashion that prevented East from ever gaining the lead.

Had Nicholas played the jack (or king) of clubs, the defence could, in time, see East winning a club trick. A spade return through declarer’s king would give the defenders two spades, one heart and two club tricks. This club play gave West two surprising club winners but in time, Nicholas was able to force out the ♥A and establish the club suit without giving East the lead.

As it happened, Nicholas made an overtrick when he eventually discarded both of his spades on the long clubs after trumps were drawn.