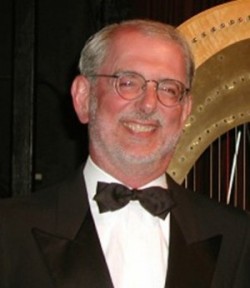 John Carruthers is an accomplished player, writer, and administrator. At the time of his induction in the CBF Hall of Fame in 2015, he had played for Canada at the World Championships 14 times. He had also served as the non-playing captain for 12 Canadian Open, Women and Junior teams. His achievements as a player include:

Carruthers served in a number of volunteer administrative capacities, most notably as Chairman of the 1997 World Junior Championships held in Hamilton, Ontario. The trophy that recognizes the junior teams that represent Canada at the World Youth Team Championships is named in his honor.

Carruthers bridge articles have been published in many countries, including Canada, USA, England, Australia, Pakistan, India, New Zealand, South Africa, Brazil, Argentina and Japan. He has been the editor of the monthly International Bridge Press Association’s Bulletin since 2002. He also served as the editor of ACBL Unit 166 publication, The Kibitzer, for 16 years, and in 2013 he was made a Lifetime Honorary Member of Unit 166.

The following defensive gem from the 1984 CNTC was reported by Alan Truscott in The New York Times.

Carruthers as West led the ♦K and South won with the ace. Declarer played his top hearts, uncovering the bad break, and played three rounds of spades to discard his diamond loser.

The position was now this:

The ♥10 was led from dummy, and Carruthers made the first of two key defensive plays. If he had routinely taken his trump queen, South would have had no trouble. After any return, he would have played his remaining trumps and squeezed East in the black suits.

But Carruthers refused to take his trump queen, a most unusual move. To prepare for the squeeze, South had to drive out the trump queen, and his only convenient entry back to hand for that purpose was a high club. He therefore played a club to the king and led a trump.

When Carruthers won, he produced his second master-stroke. Instead of playing a diamond, which would have squeezed his partner immediately, he played his remaining club. This shattered South’s communications, for he needed the club honours as entries after playing his final trump.

Interestingly, Carruthers’ teammate sitting South at the other table was Allan Graves who was inducted into the CBF Hall of Fame at the same time as Carruthers. The contract and the lead was the same but Graves was equally alert. When the first round of trumps produced the jack, he saw the long-term risk involved in playing a second trump. He led spades immediately, taking his discard, and ducked the ♥10 around to West. The squeeze against East was then inevitable, and the Carruthers team gained 17 IMPs.