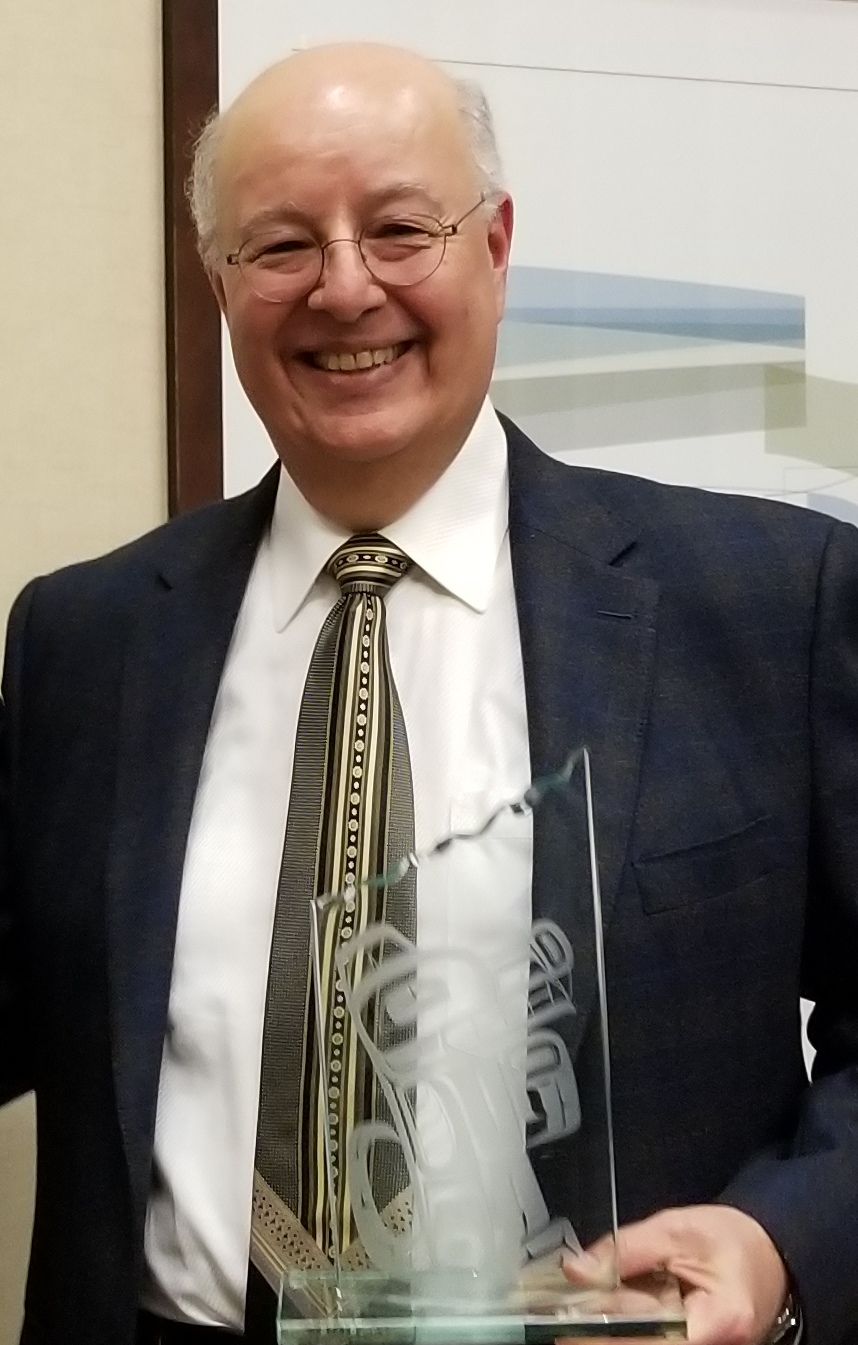 Nader Hanna was born in Alexandria, Egypt in 1955. He graduated from the University of Alexandria in 1977 with a B.Sc. in Computer Engineering, and immigrated to Canada in 1982.

His playing achievements include:

Nader served in a number of volunteer administrative capacities, and received the WBF award for outstanding service to bridge in 2013. He represented Zone III on the CBF board of directors from 2006 to 2020, and is the longest to serve as CBF president (2009 – 2015 and 2017 – 2020). Among his other contributions as an administrator:

The following hand from a Vanderbilt match at the 1999 Spring North American Bridge Championships in Vancouver, BC was reported by David Lindop in the daily bulletin:

* Michaels (spades and a minor suit)

“The opening lead was a low spade to East’s ♠J and Nader’s ♠K. He knew the defenders could not run the spade suit immediately and also suspected that the missing hearts were divided 4-1 based on the auction.

The usual play in this position is to lead the ♥J and follow with the ♥9, taking a finesse if the ♥10 hasn’t appeared. Nader, however, could see the problem with that play. West would win the ♥J with the ♥A and there would be no entry back to the South hand to take the heart finesse.

Nader led the ♥9 and took an immediate finesse! When this won, he continued with the ♥J. There were enough entries to dummy to establish the hearts and make 3NT.”

In 1997 Ted Horning reported the following hand in his national newspaper column:

“Some pairs can handle certain hand types exquisitely. While we may suggest that there is little luck in bridge, one is surely unlucky when a hand comes up that suits the opposition methods perfectly.

North was Nader Hanna of Toronto and South was Doug Fraser of Montreal. Reigning Canadian team champions, they bid this hand marvellously.

Nader made the first winning decision, determining that slam was possible if Doug held sufficient controls and length in one of the minor suits. Fortunately, the partnership was playing a bidding style called ‘CONFI’ short for controls, then fits. Doug showed enough controls that Nader knew the partnership is not off an ace and a king and then, when Doug showed four diamonds, the diamond slam that few partnerships would bid was reached.

The hand requires delicate play with a club lead. Declarer must win the club and test diamonds by playing the ace from hand. When both opponents follow, South must abandon diamonds temporarily. A heart to the king and a heart to South’s ace is followed by a third heart, trumped with the diamond 7 in dummy. This line of play loses only if East has only two hearts and also has the ten of diamonds.

After ruffing a heart, South can play the queen of diamonds and another diamond to extract the remaining trumps. Count declarer’s tricks – zero spades; two hearts plus a heart ruff; four diamonds and five clubs.

Wouldn’t you consider yourself unlucky to have been sitting East-West when this hand was played?”