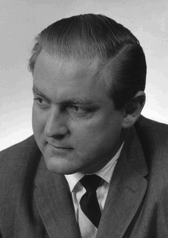 Eric Rutherford Murray, as well as being one of the all-time greats, is one of the true characters of the bridge world. His 30-year partnership with Sami Kehela is acknowledged as one of Canada’s best ever.

A leading civil litigation lawyer in Toronto, Murray won one of the first $1M-plus civil-court judgements in Canada.

Murray is an ACBL Grand Life Master and a member of the ACBL Hall of Fame. He was born in 1928 and lived his early life in Hamilton, Ontario before leaving for Toronto to practice law and play bridge.

Eric Murray is the most successful Canadian bridge player ever, having won 14 North American titles including the Vanderbilt Knockout Teams (1961 and 1970), the Spingold Master Knockout Teams (1964, 1965 and 1968), the Von Zedtwitz Life Masters Pairs in

In winning the 1963 Rockwell Mixed Pairs, Murray and Agnes Gordon scored 506½ matchpoints in the final session, on a 325 average, for a record 78% game.

Murray had considerable success in world championships. He won four silver medals as a member of the North American Bermuda Bowl team (1962, 1966, 1967 and 1974), finishing second on all four occasions to the Italian Blue Team. “I know the Italian National Anthem by heart,” says Murray.

Murray is known as a legendary raconteur and orator. At his, and Kehela’s, ACBL Hall of Fame induction ceremonies during the 2001 Summer North American Championships in Toronto, he proved that his oratory skills were at least a match for those he frequently displayed at the bridge table, if that were possible. When Murray came to the podium he offered some side-splitting comments on his partnership with Kehela, but he concentrated primarily on Larry Cohen (author of the book “Law of Total Tricks”), who had been the original bearer of the news of Murray’s impending induction into the Hall. “He wrote a book about some kind of law,” quipped Murray. “Somewhere it says you have to be aggressive at the 3-level whenever you hold 18 trumps. Must have been a typographical error; although Larry lives in Florida, maybe he had something to do with the counting in that election down there.”

Murray and Kehela were paid the ultimate compliment by having a book written about them, “Canada’s Bridge Warriors”, by Roy Hughes, which won the International Bridge Press Association’s Book of the Year award in 2007.

Eric Murray authored one convention, which bears his name, the “Murray Two Diamonds”, and co-authored the “Drury” convention with Doug Drury.

As a bridge administrator, Murray was the president of the Ontario Bridge League in its early days, engineering its union with the ACBL, and was District 2 representative to the ACBL Board of Directors. He was also the organizing chairman of the 1964 Summer North American Bridge Championships,