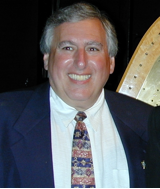 Born in 1947, Eric Kokish, who is also a member of the ACBL Hall of Fame, is a man of many talents. He was part of a group of young Montréal players who burst upon the scene in the early 1970s. He has numerous accomplishments as a player, coach, top bidding theorist, and writer.

In 1978, Eric Kokish and Peter Nagy came second in the World Open Pairs to Marcelo Branco and Gabino Cintra of Brazil.

The Canadians and the Brazilians became very good friends. A few years later, the Brazilians remembered the friendly Canadians and invited them to come to Brazil and Argentina on a bridge tour. The tour was a success and in 1985, when Brazil was hosting the Bermuda Bowl, they again invited Kokish to come and coach them in the weeks preceding the championship. Brazil lost in the semi final to the USA when Bob Hamman bid and made a tricky three no trump contract on the last board. However, a career was born.

Since then Kokish became the top bridge coach in the world. His teams won gold, silver and bronze medals in World Championship play – the list of winners includes the USA, Brazil, the Netherlands and Russia. He is best known for coaching the USA Nickell team to many World and North American team championships.

Kokish is also well-known as a top bidding theorist. He has authored several conventions including the Kokish Relay and the Montreal Relay. With partner Peter Nagy, they won the International Bridge Press Association’s 1978 Romex Award for Best Bid Hand of the Year for the following hand:

It is worth noting that the same year Kokish won the Romex Award, he also came second in the competition with a different partner.

With Nagy, Kokish was also awarded 2nd place in the Bols Brilliancy Prize for best defensive hand in the 1980 World Team Olympiad.

Kokish’s accomplishments as a writer and editor are also plentiful.