The Life of Erin Berry 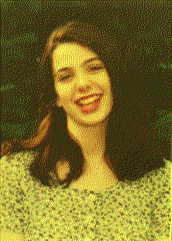 Erin Colleen Berry was born in Cold Lake, Alberta on February 2, 1981. She also lived in Sydney, Nova Scotia and Moncton, New Brunswick before moving to Saskatchewan to live in Moose Jaw and then Regina. She was an excellent student with special interests in math, writing, music and acting.

Erin was an avid bridge player. In August of 1997 Erin became a Life Master at the age of 16. She shared her bridge passion with her mother, Carole.

In June of 1997 Erin attended the World Scholar Games in Rhode Island. It was there that Erin met her boyfriend, Aaron Pabst, who was also tragically killed in the single vehicle accident that took Erin’s life on January 30, 1998, just three days before her 17th birthday.

Although Erin had never attended a Junior Camp or Junior Trials, her interest in Junior Bridge was beginning. In the fall of 1997 she took part in the trials to select a team to represent Canada at the International Youth Festival in Holland. Erin had already put her name in to the ACBL to attend the 1998 Junior Camp and was planning to play in the Canadian Junior Trials in August.